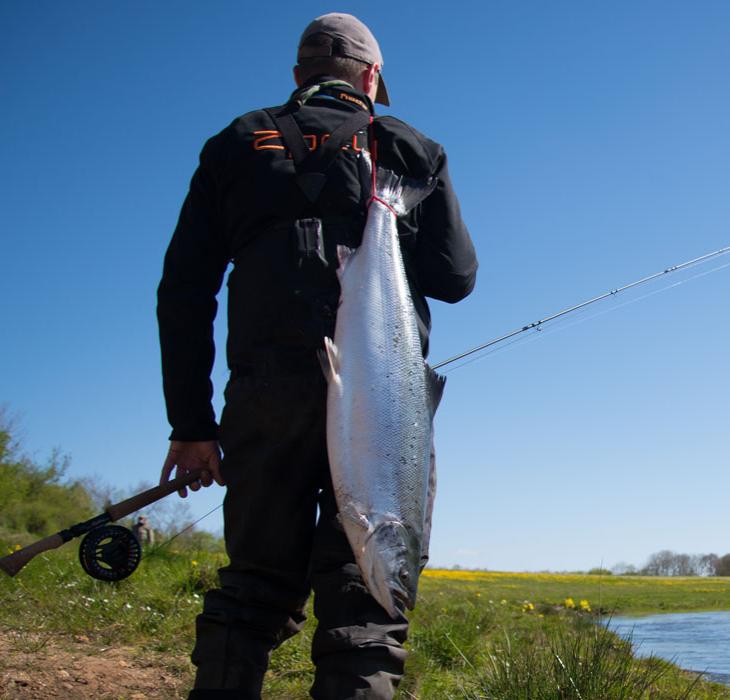 The salmon found in the River Skjern is the original wild native species. The area around the River Skjern offers unique outdoor experiences and exciting activities. The river boasts Denmark’s best salmon waters, and anglers can enjoy unparalleled opportunities to catch the famous “River Skjern salmon”, found in the stream since the last ice age 10,000 years ago. The stream has been enjoying some of its highest water levels, and along with the impressive landscapes of the valley and the captivating local stories, this makes the River Skjern the place to go for world-class experiences.

The season opens on April 16th and closes in October.

In 2018, there were a record number of salmon caught in the River Skjern. A total of 1,748 salmon were caught, with an average weight of 4.9kg. 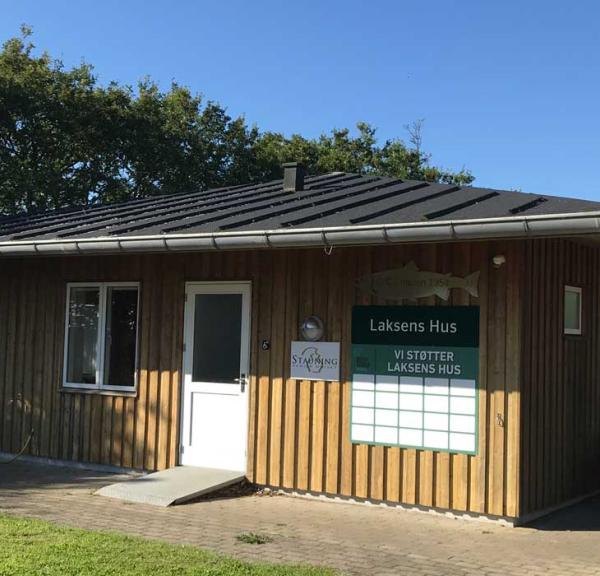 The House of the Salmon 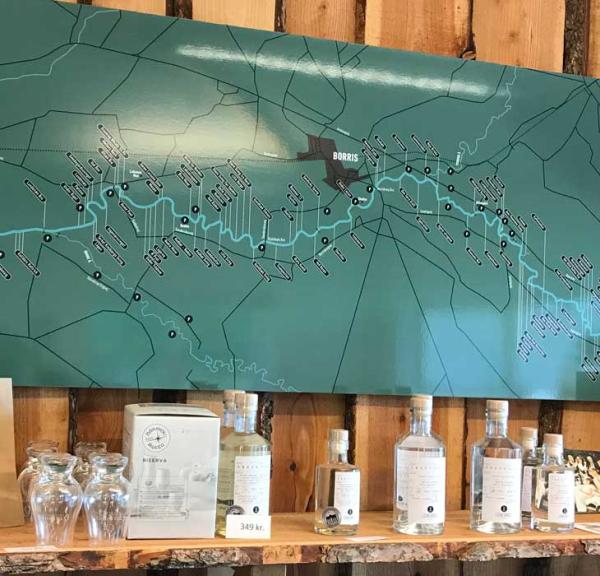 Book your anglers’ guide to the River Skjern

Local knowledge is essential if you want to land a great catch. If you are new to our area, we have a number of local guides who can tell you everything you need to know. Everything from what gear you need, to the best spots to fish. Our local guides are all well-educated and certified.

You can read more about fishing rules, good tips and tricks on the River Skjern Association website.

Salmon fever around the River Skjern

Every year, fishing enthusiasts from all over Northern Europe travel to the streams around Herning to get a unique experience in the great outdoors and to go in search of the perfect catch.

Kenny Frost is one of those fishing enthusiasts. Early in the morning during the salmon season, which runs from 16th April to 15th October, he can often be found somewhere along the River Skjern with his fishing rod in hand. You may also find his seven colleagues from the Danish Centre for Wild Salmon, who are all passionate anglers. Read the article.

The annual fishery opening event, which is held on 16th April, brings many anglers to Herning from far and wide. The main attraction of the event is the opening contest, which sees anglers compete to catch the largest salmon in the river. The winner is then given the honour of placing a large rock in the river. The rock creates a stand for salmon-fishing which, apart from becoming a known fishing spot, will also be named after the winner.

Other angling waters in Herning and Ikast-Brande