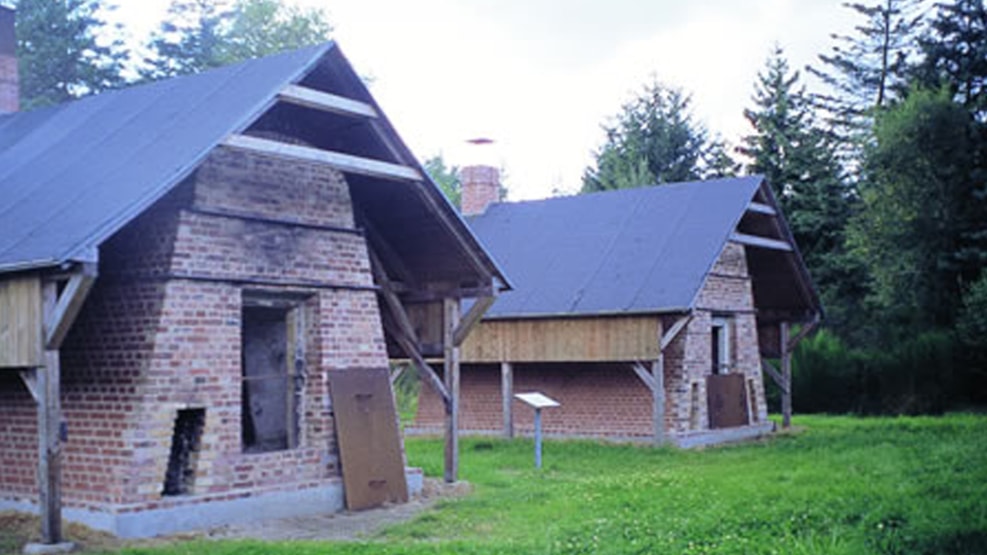 Of the 20 ovens that were built at the beginning of the 1900s, the two tar ovens in Hesselvig Plantage are the only to be restored. They have been brought back to their original state to show the production of charcoal and wood tar and, at the same time, they present a part of the period's culture history.

The only preserved tar kilns in Denmark (as far as known) are located in Hesselvig Plantage approx. 2 km east of Skarrild.

The facility also includes the recreated drying barn and an independent engine house with a petroleum engine that has powered a stationary circular saw for cutting wood and branches for burning.

At the same time as the coal was burned, the wood tar could be used. The coals were, among other things, used for heating, as well as for mixing in pig and chicken feed. The extracted tar was used for the maintenance of woodwork and impregnation of fishing nets and fence posts.

The restored ovens were in operation from around 1910 until the years after the Second World War.

There is a large covered rest area next to the ovens.