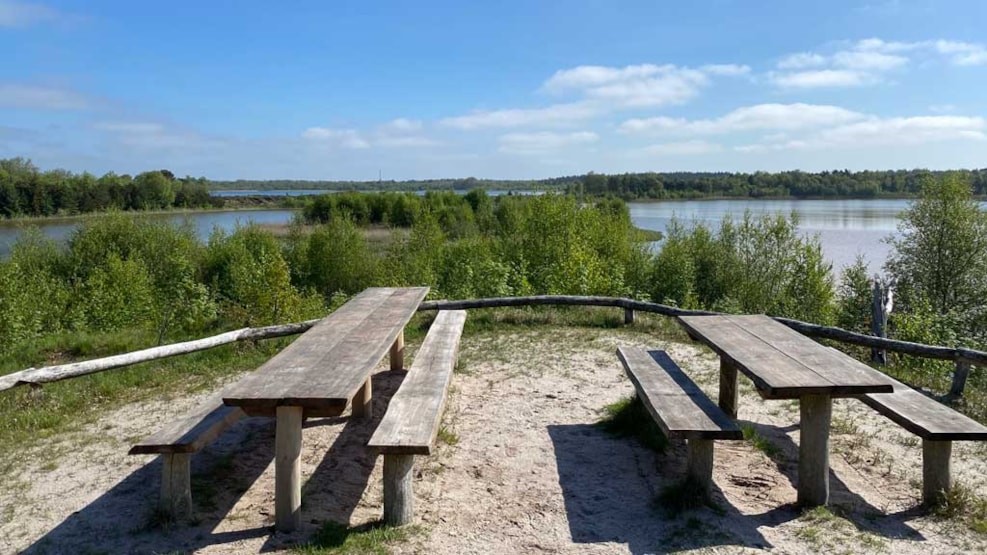 Søby Brunkulslejer (brown coal field) is situated by Søby in Kølkær parish aprox. 15 km south from Herning. The brown coal fields cover a listed area at around 1000 hectare and it is estimated that there has been produced around 50 million cubic metres of brown coal from the period 1940 - 1970.

Today, the area is a hilly nature area with lots of small lakes, but some of the area is dangerous to go to since there are risks of slides.

North of Søby lies Søby sø which is not from the brown coal-digging but a natural heath lake.

In 1939, the production in the fields started out little by little. At first it was by hand, shovel, wheelbarrow, spade and horse carriage. Later the hand tools were supplemented with excavators and conveyer belts.

Quickly, a town developed around the fields - the houses being small sheds and barracks, railway carriages and worn-out coaches. The area was called The Jutlandic Klondike.

Visit the fields and make your way around the small houses and experience how life as a brown coal-worker was.

Søby Brunkulslejer is a beautiful and interesting area but there are still risks of slides. The danger is greatest near water and where the sand has been dug up and put back. Some places, when the loose sand is saturated with water it loses its carrying capacity and becomes quick sand.

Everywhere that The Danish Nature Agency has established facilities are put on areas where there has not been a field and are therefore safe.

Respect the signposting - all traffic in the area at one's own risk.