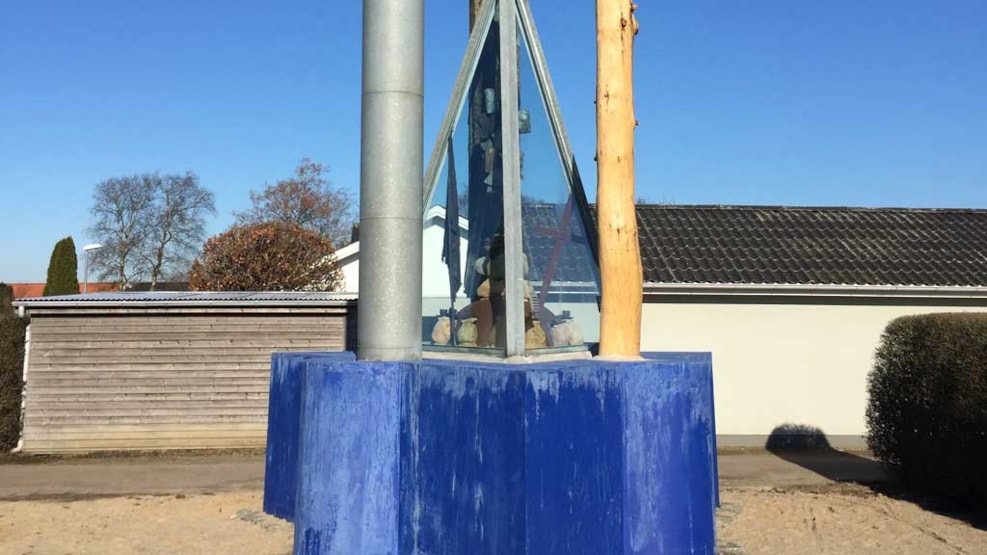 Monument til Ikast, also called Ikast Monumentet, is in many ways a special piece of art. The monument from 1973-74 is the first sculpture of Bjørn Nørgaard, and his first work in the public domain.

Bjørn Nørgaard was only 26 years old when he and four other young artists were asked to do a sculpture to a new housing area in Ikast. In return theu would have a street named after them. The four young artists were Poul Gernes, Per Kirkeby, Egon Fischer and Sven Dalsgaard. Ikast Monumentet was originally located in Højrisparken but was later on moved to Frisenborg Sculpture Park.