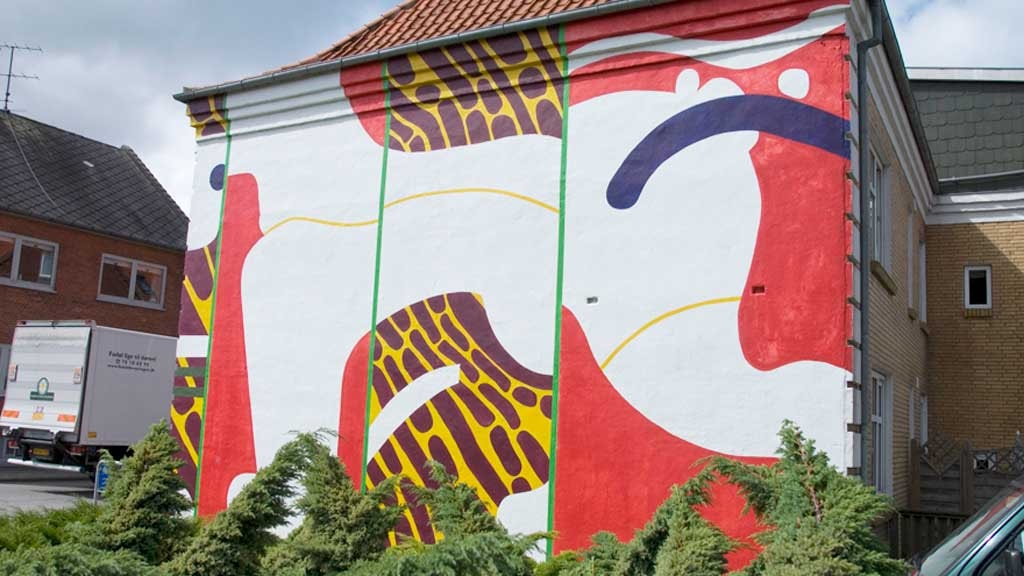 This gable painting was created by Leif Jepsen in 1968. The big size of the building visually increases because of the size of the dog.

The gable painting "Legetøjsdyr" is a play of proportion. His "Legetøjshund i forskellige bevægelsesstadier" shows a oversize extract of a dog in three different split positions, so that you get a feeling of the animal's movement and a mechanical mark.