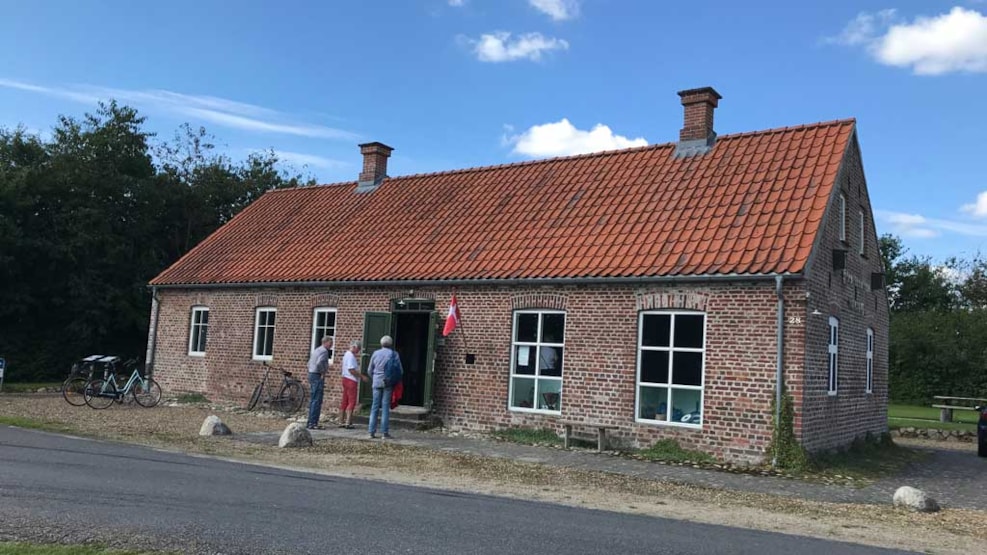 Nature centre and local museum beautifully situated at Arnborg Church and Rind Å. The place, where you will find directions to the region's sights with focus on the moor's change into thriving farmland and beautiful plantations intersected by meadows and streams rich with fish. This is where Enrico Dalgas began the huge task of cultivating and planting the vast moor areas in the middle of Jutland.

The building was assembled in 1890 and functioned as a grocery store for a short period, as the location was central for the area's residents. Later, the house was used for ordinary living, and in recent years had almost become a ruin.

However, some enterprising citizens bought the house in 1991, just before any plans for demolition were put in place. It was their intention to restore the house and make it usable for various activities for the residents of the area. Unfortunately, It was not possible to move forward with the project, among other things, due to a lack of financial support.
After a quiet period, an association was formed in 1997 which acquired the property. Since then, the restoration process has progressed, so that the house is now finished in its original appearance, but with a room layout that accommodates the house's purpose.

The house has a center for disseminating information about the area's sights and characteristic nature with the large heath plantations and meadows with the old canal systems and fishing streams.

In connection with the nature centre, a room has also been established for different arrangements, with relation to the business and cultural life of the area through the ages.

There is a rest area by the house with grill, tables, benches, and shelters.
Arnborg is the eastern port to the nature area Skjern Å.

The nature room with a story about Dalgas and the cultivation of the heath is open for access at the western end of the house every day from 9.00-22.00 from 1 May until mid-October.

Inquiries regarding visits can be made to email: mariehofman@gmail.com or mobile 21752805.