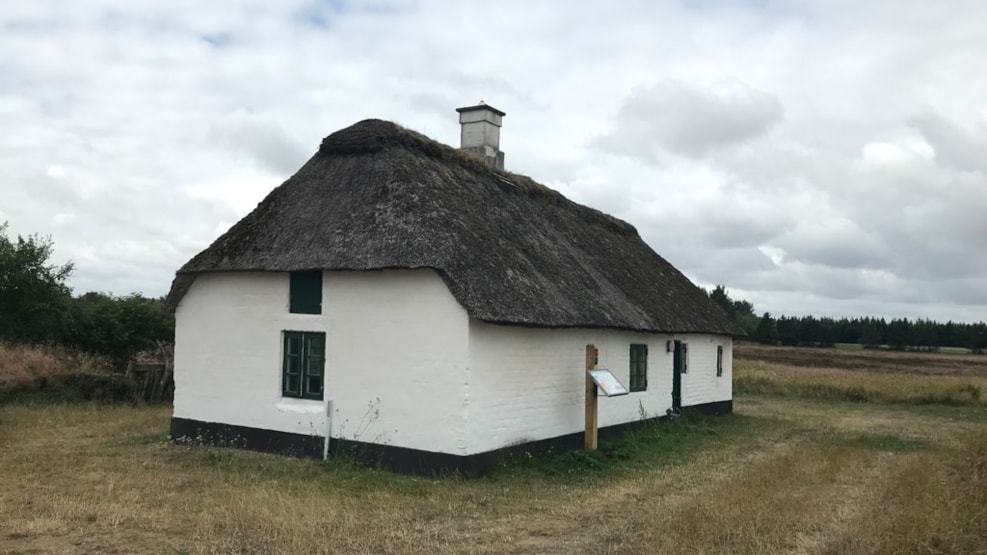 Helene's house is the last remaining of 6 workhouses in the area called "Sammel-sted by". The houses were built for the poorest in the community of Øre parish in the years after 1815. The purpose was that the poor should help with the cultivation of the moor in the area.

The first house was build for the gypsy, Johs. Axelsen and his family and was called Axelhus. In 1917, the blicher memorial stone was placed on the site of Axelhus, in memory of St. St. Blicher, who placed the action in his novel "Keltringliv" (Scoundrel life) on Ørre Hede.

Helene's house was occupied until 1989 and is now run by Herning Municipality. In the preserved workhouse there is an exhibition about the poor-community's history.

Helenes Hus is closed from 1 November - 1 April every year.

There are tables/bench sets and a toilet. The toilet is in Helen's house and is therefore locked when the house is locked.

Helenes Hus is part of the walking and cycling route "Brydningstiden", which connects the four cornerstones Helenes Hus, Nazareth, Forsamlinghuset and Nygaard Gl. School. On the sign at Helenes Hus you can read about the route, and if you have a smartphone, you can also listen to an exciting story. See how on the sign.