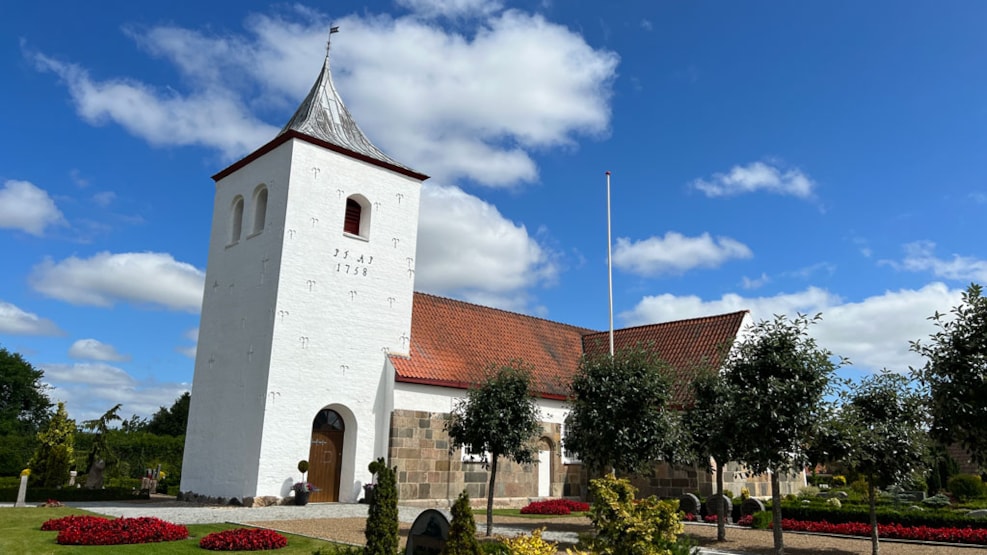 In front of Haderup Church is one of the few kept church yard gates from the 16th century. Inside it is especially worth noticing along with the old money chest and A.G. Gøtzsche beautiful altarpiece from 1919 of the shephard driving away the wolf. The older altar picture hangs on the northern wall.

The nave has beamed ceiling from approx. 1200, at the same time the town was founded. The nave is built in a Romanesque style, later a Gothic side aisle was added.