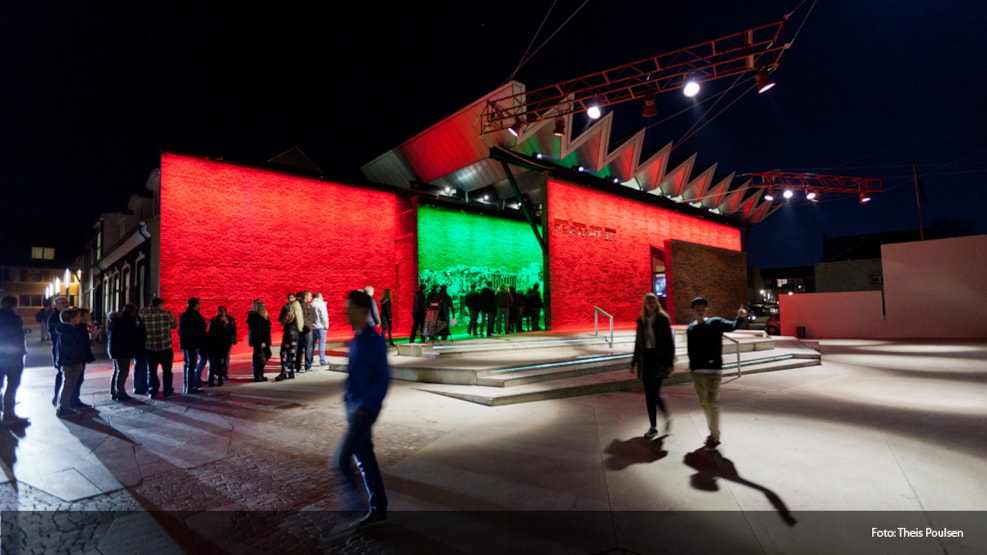 Fermaten is the regional venue in Central Jutland. The house has room for approx. 720 standing and 325 seated spectators. Fermaten receives support from the State Arts Council, Herning Municipality and sponsors.

Fermaten was inaugurated by the then Minister of Culture Brian Mikkelsen on 14 March 2008. The house was designed by Kim Utzon.

Fermaten organizes around 120-140 concerts a year - within the rhythmic music. The name Fermaten is both the venue and the independent association which operates the venue.

The house is run by 4 employees and approx. 110 volunteers who are organized in a number of work teams. Each team is mainly responsible for the primary operation in conjunction with concert settlements.

You kan buy tickets at fermanten Mon- Friday from 8.30am - 14.30pm. (VisitHerning no longer sells tickets)