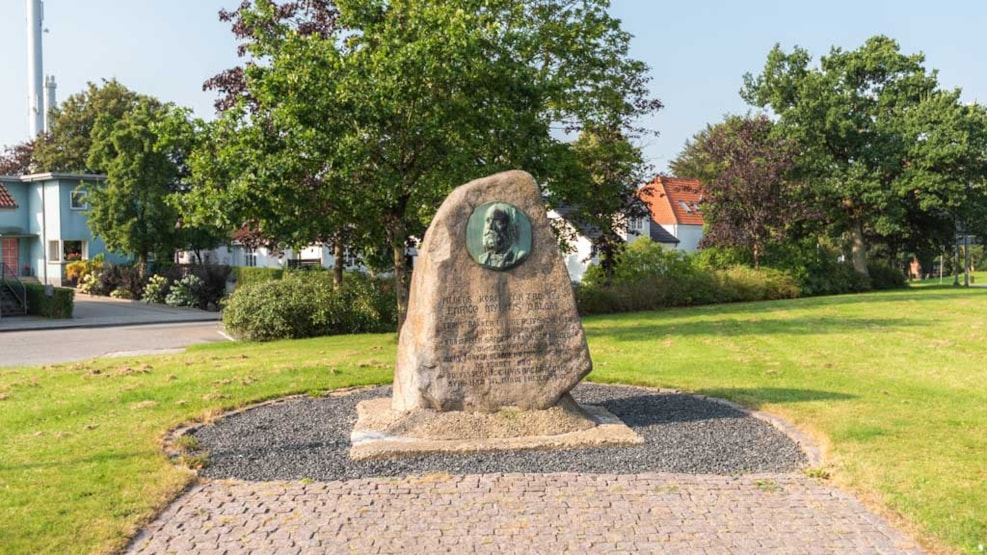 On the corner of Storegade and Brandlundvej in the centre of Brande, you will find The Dalgas Stone - a memorial stone for "the King of the Heath", Enrico Mylius Dalgas.

Dalgas was a Danish engineer officer and a pioneer within the cultivation of the Jutlandic heath for farming purposes.

Employed at the road authorities, he had, among other things, been in charge of constructing the main road between the cities Viborg and Holstebro. During the construction, he realised the possibilities that lay in a large-scaled cultivation of the heath.

Dalgas' personality was comprised of charisma, professional competence and organisational ingenuity, and as a writer and public orator, he became one of the most known personalities in his time.