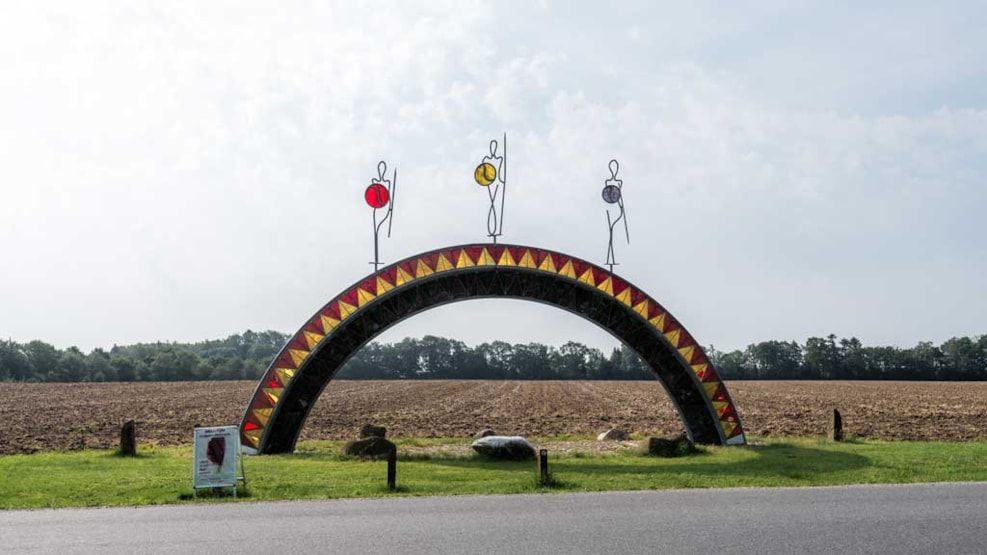 In Drantum, at the intersection Langkærvej/Hyvildvej, you find the beautiful Bifrost Town Gate, designed by the local artist, Aksel Kror, in 2009.

The Norse Mythology forms the basis for the town gate. In this, Bifrost is the rainbow on which the Nordic Gods travel to come from the gods' world, Asgard, to the humans' world, Midgard.

In the Norse Mythology, you also find the Valkyries, which historical sources describe as female power holders, who were send to Midgard to select the bravest worriers, who were destined to fall in battle. They were brought to Asgard via Bifrost to an eternal life with daily battles and celebrations on the Ida Plain in the gods’ world.