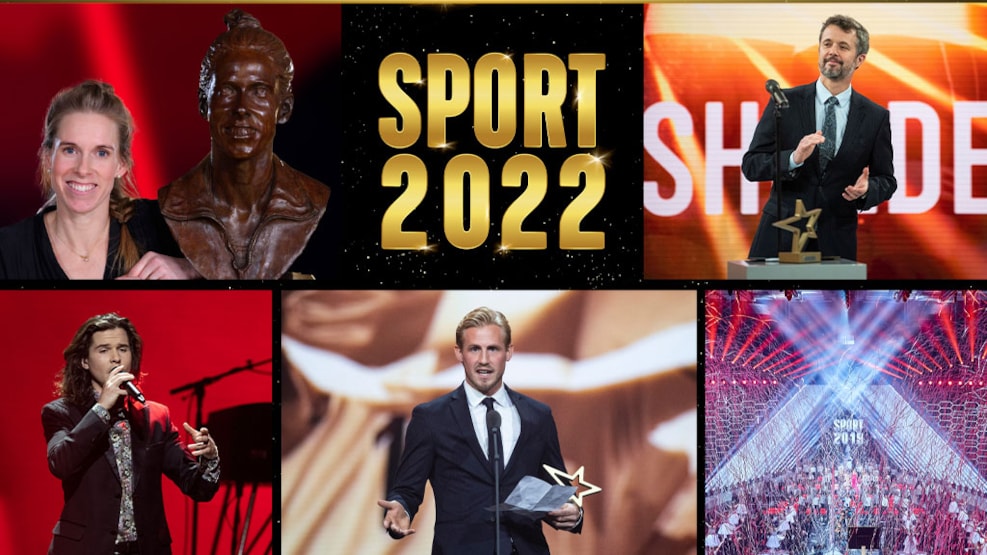 Sport 2022, which, according to tradition, pays tribute to the stars of sport, can be experienced in both the Jyske Bank Box in Herning and on DR1, when the large-scale show unfolds again in full bloom on 7 January 2023.

On top of two corona-decimated editions of the sport's annual tribute show, Sport 2022 will be a return to the pomp and splendor of earlier times. For the first time since January 2020, the show takes place in the Jyske Bank Boxen rather than in a TV studio, and the timing is good, because there is, indeed, much to celebrate.
Jonas Vingegaard won this year's Tour de France in the most beautiful way, and as if that was not enough, he took his historic victory in the very year when the mythical race visited Denmark for the first time. The folk festival was total throughout the country - the Danes love cycling and sports in general.
Viktor Axelsen won his second world championship in badminton, and the triumph was completely superb - the all-dominant champion did not drop a single set during the tournament.

And overall, the strong results are lined up again this year: Cecilie Uttrup Ludwig won a stage in the women's Tour de France, the men's handball team won bronze at the EC in Hungary/Slovakia, and Kevin Magnussen successfully returned to Formula 1. Clara Tauson and Holger Rune stepped into the absolute tennis elite, and the Danish participants in the Equestrian World Cup in Herning won several medals. In general, our top athletes have performed well in everything from golf, athletics and ice hockey to football and cycling and much, much more.
Prestigious awards, live music and the Hall of Fame When the stars of sport are honored at Sport 2022, it will be with an extensive and entertaining program – in addition to the awarding of a number of prestigious awards, the show offers live music by some of the country's most popular bands and artists, and then a new member is appointed to the sports Hall of Fame.
True to tradition, Sport 2022 pays tribute to both the elite and the broad - the medal winners and all those who make a huge effort in the clubs and make sports Denmark come together.