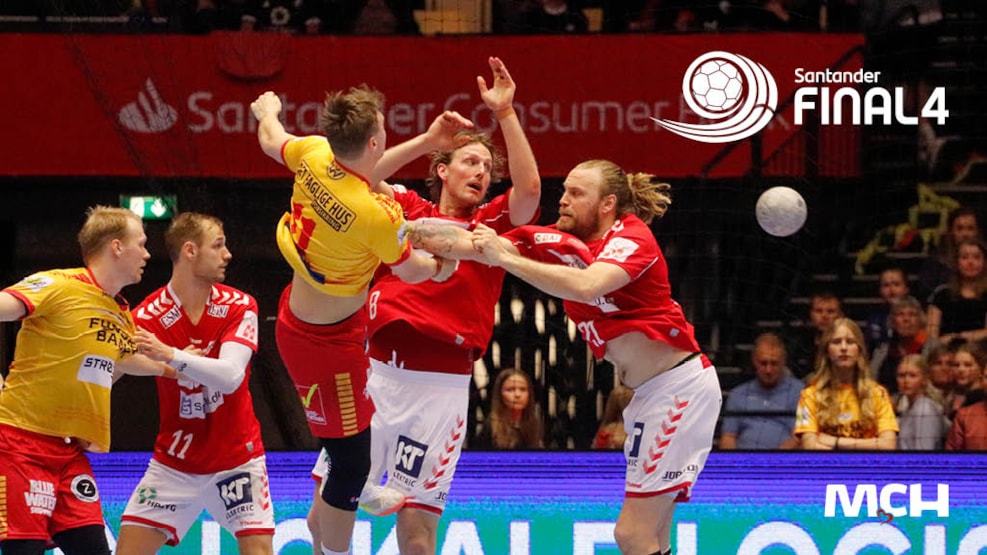 Watch the battle for the cup title in the Jyske Bank Box.

Intense duels on the hall floor and activities for fans of all ages await when the next cup winner on the men's handball side is to be found. It is the fourth time that the prestigious cup has been contested in the Jyske Bank Boxen, which usually sizzles with cup atmosphere.

The final meet begins with semi-finals on Saturday, where the two cup finalists must be found, while Sunday is the big final day with the associated final show and medal ceremony. Which four clubs will fight for the title will be clear when the quarter-finals of the Santander Cup take place before Christmas.

AFTER PARTY WITH FULL BASS

After Saturday's semi-finals in Jyske Bank Boxen, handball-loving guests from near and far can extend the party in the heart of Herning with dinner and a concert under the name 'Absolute Bass', where Ace of Base lead singer Jenny Berggren, DJ Aligator and Hampenberg & Yepha play up to dance .

It is also possible to purchase an additional ticket for dinner and the 'Absolute Bass' concert in MCH Herning Kongrescenter on Saturday 18 February here.