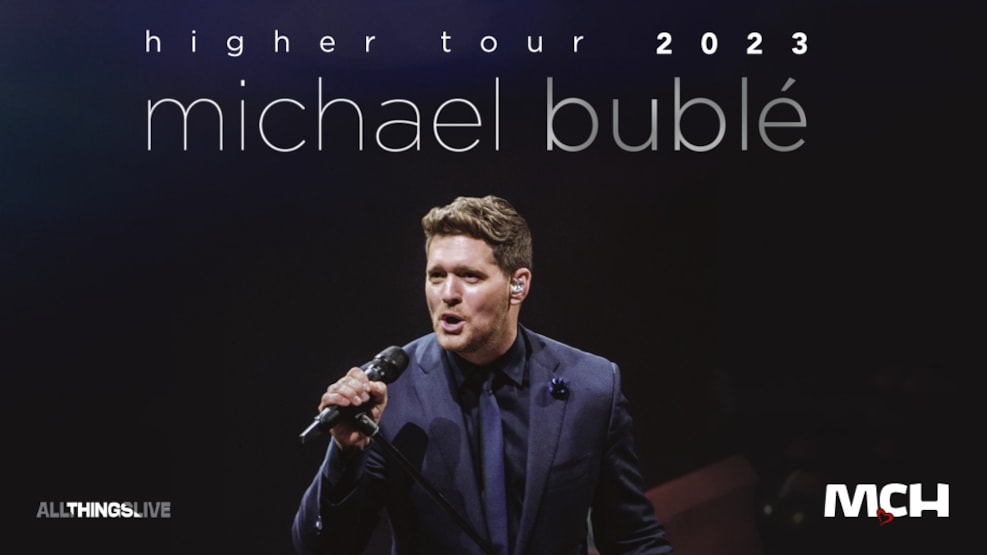 The popular Canadian crooner and entertainer will return to Herning in March 2023, when he sprinkles international stardust over the city on his "Higher Tour".

Michael Bublé has won countless Grammys, just as he has sung and charmed his way into hearts all over the world with several sold-out tours. And since the start of his career almost 20 years ago, he has become a regular global superstar, thanks to his own songs and his beautiful and captivating interpretations of classics from the American songbook.

What's more, Michael Bublé is a master at taking his audiences on special journeys and providing present and unforgettable experiences. With his big, effortless vocals and irresistible charisma, he has become one of the most prominent crooners of his generation, which is why it is a source of great excitement that he is now returning to Herning.

Inspired by icons like Frank Sinatra and Tony Bennett, and a modern artist like Harry Connick Jr, Michael Bublé has managed to make old-school jazz and pop for adults popular. He released his eleventh studio album, Higher, in March 2022, which was also the artist's first record in four years.