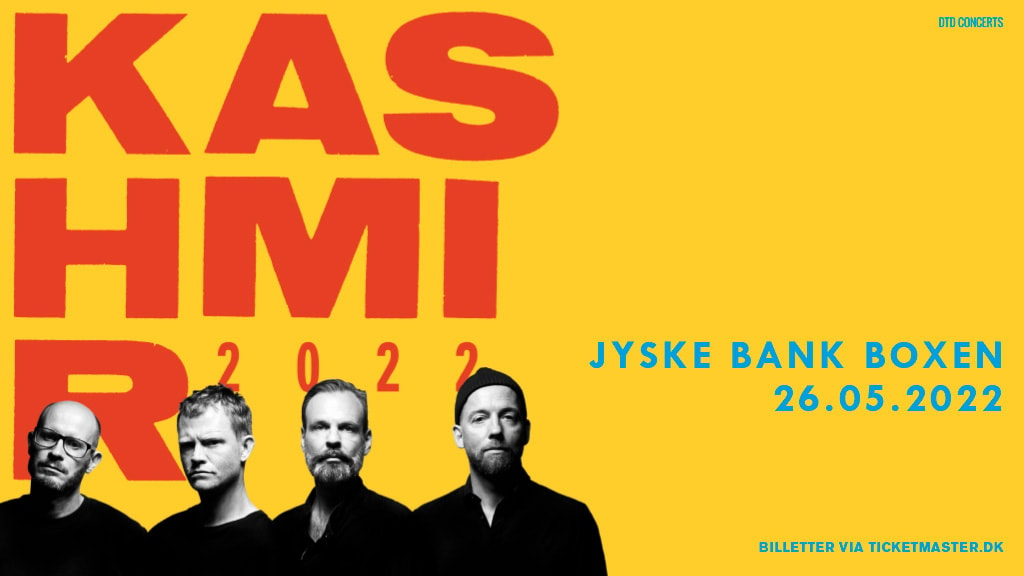 Kashmir decided to separate 5 years ago to focus on new and exciting solo projects. They left af big gap, which was massive for many music enthusiasts.

Throughout their award-winning career, Kasper Eistrup, Mads Tunebjerg, Asger Techau and Henrik Lindstrand have been capable of crating a legendary backlist of amazing music and a big following.

Is has been unknown whether the band would reunite, so now, when Kashmir chooses to break the silence with two extraordinary arena concerts, it will be an unique possibility to see one of the biggest Danish bands through the ages. You can experience the well-known songs and soundtracks from the youth og the 1990s and 2000s.

EAT
See all the restaurants in the city here.

NOTICE
The height at Upper Level is between 12 - 17 metres from the floor level.

WARDROPE
There is a manned wardrope in the arrival building and in the lobby in Jyske bank Boxen.

ORGANIZER
Down The Drain Concerts

CITYBUS TO JYSKE BANK BOXEN
Take line 6 from the bus station to MCH Messecenter Herning, or the extra busses at line 6 from Herning Station platform 7 to Jyske Bank Boxen.

All timetables an be seen on midttrafik.dk