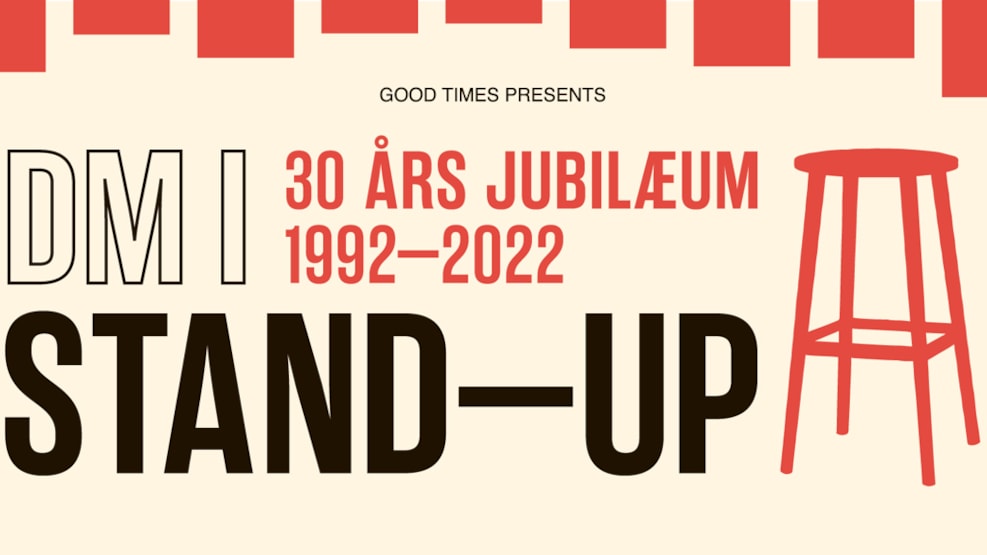 Experience comedy talents when part of the Danish Championships in stand-up takes place in MCH Herning Congress Center on 23 August this year. The evening's hosts, Hav & Kamal, are an experience in themselves.

A number of talents from the comic growth team are on the program when the fourth preliminary round of the Danish Championships in standup runs off the stack in MCH Herning Congress Center on 23 August 2022. The jokes are managed by the popular radio and podcast hosts Hav & Kamal, so there is a plan for an extremely cheerful evening.

Hav & Kamal took Denmark by storm when they presented the podcast ‘Uden Filter’ in 2019, and since then they have not looked back. For example, the radio program and podcast ‘På Bagsædet’ secured them a nomination in the category Sound of the Year at the Zulu Awards 2022. And now the fun and held radio hosts and trendsetters must be at the forefront of the Danish Championships in standup.

- From telling jokes in front of the kiosk to hosting the DM in standup. We look forward to taking the whole country around to find the best new comedian - it's going wild, says Hav & Kamal.

The Danish Championship in stand-up celebrates its 30th anniversary this year, and to that extent there is something to catch up with for the winner. 100,000 kroner, a comedy special and a performance at Smukfest in 2023 are thus waiting for the competition's most talented participant.

In other words, the winner of the Danish Championship in stand-up can lay the foundation stones needed to create a career in the discipline. The competition also offers sparring and advice that can help pave the way for star status on the comedy scene.

The fourth preliminary round of this year's DM in standup, presented by Good Times in collaboration with Scandic, Smukfest, Ticketmaster and TV 2 Zulu, will take place in MCH Herning Congress Center on 23 August.