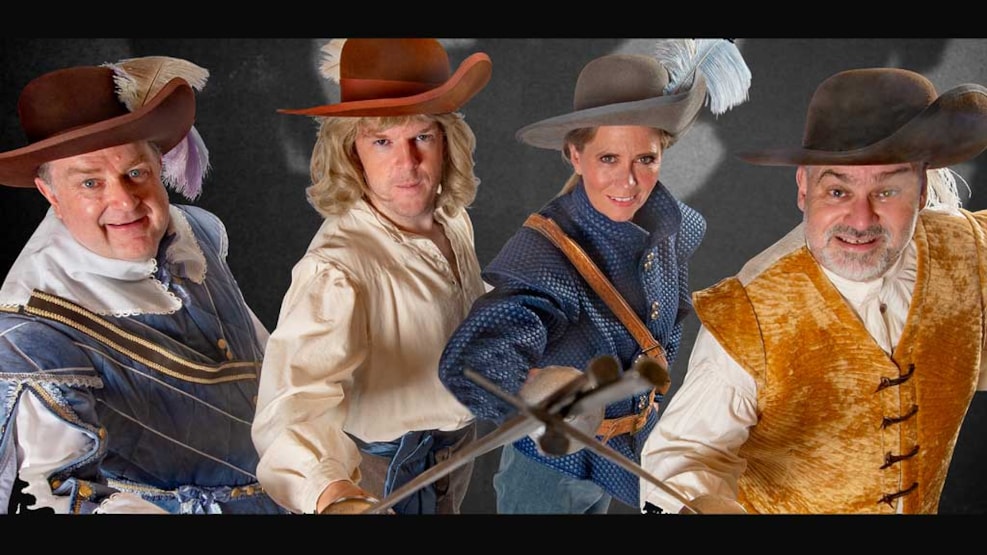 The three noble musketeers, Porthos, Athos and Aramis, who are French elite soldiers "with a license to kill", discover a vicious conspiracy to overthrow the French throne. They take the young D’Artagnan under their wings, and together the four heroes embark on an honorable battle to uncover the conspiracy and save not only the French throne and Queen Anna’s honor and marriage, but the future of all of Europe.