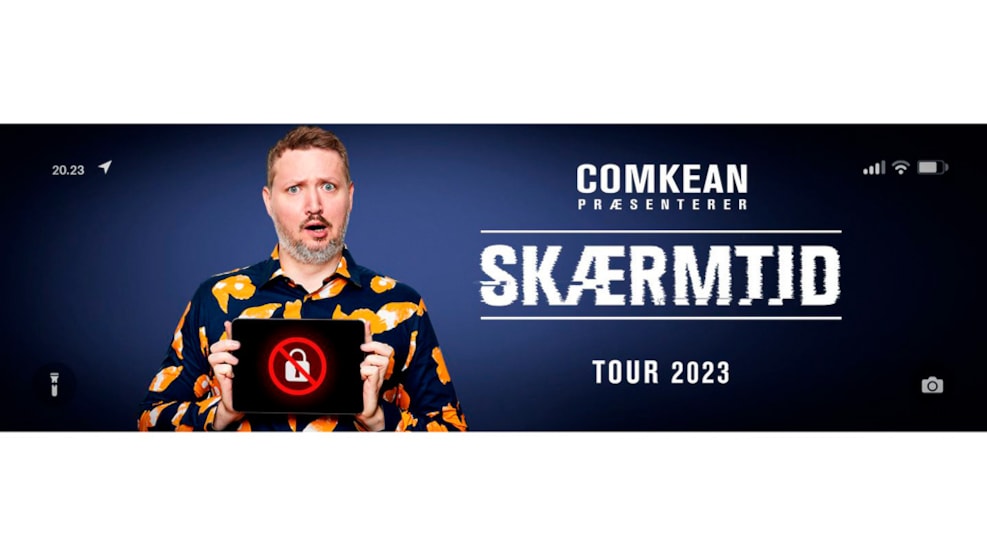 Many families operate with the concept of 'screen time'. But what if everyone's screen time suddenly disappeared – even the adults? This is some of what the professional and very popular YouTuber ComKean, whose real name is Charly Baasch, will explore in his brand new live show 'Screen Time', which can be experienced at MCH Herning Kongrescenter on 18 May 2023.

With more than 185,000 subscribers and over 220 million views, ComKean is one of the biggest YouTubers in Denmark. Many Danish children spend their screen time watching ComKean's videos on YouTube, where he uploads videos of himself playing the computer - and now your children or grandchildren have the opportunity to experience him live from the stage. Take them under your arm and join us when ComKean - together with the entire hall in the MCH Herning Kongrescenter - tries to save screen time and thus also YouTube, while playing computers and music and making fun and trouble.

FROM POLICE OFFICER TO PROFESSIONAL YOUTUBER

Charly Baasch started making videos in August 2013, and four years later he quit his job as a police officer to make YouTube full time.
The show 'Skærmtid', which is aimed at ComKean's fans of all ages - including parents, is the Youtuber's second solo show. The first, 'Gamerlife', sold more than 11,000 tickets, which meant sold-out halls throughout the country. After the show, there are selfies for anyone who wants one. In addition, there is plenty of opportunity to discover special tour merchandise on site and take home a ComKean souvenir. And if you, as a parent, are not quite clear on who ComKean is, ask your children so that you are also ready for a festive evening in MCH Herning Kongrescenter on 18 May.