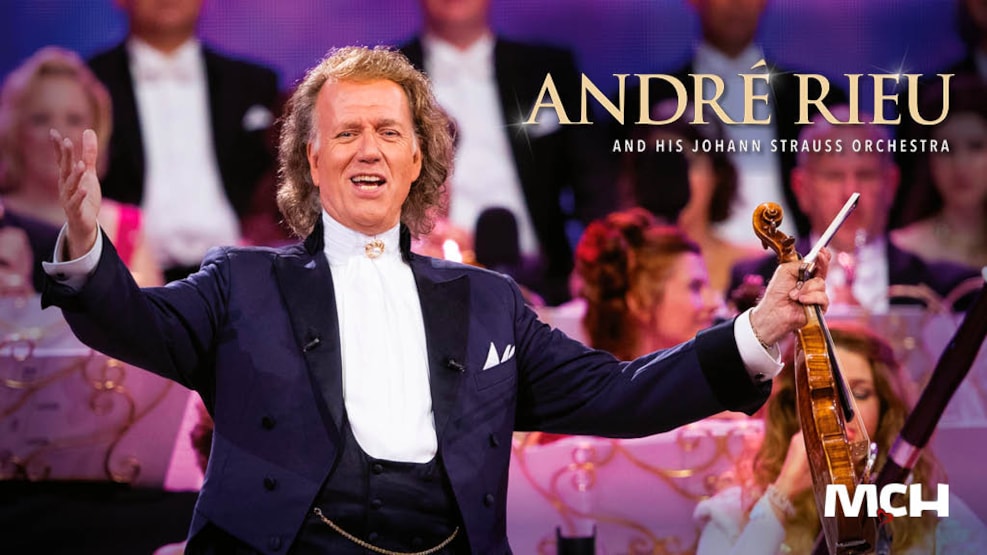 The ultra-popular Dutchman André Rieu, who has played nine concerts in Herning since 2001 to a total of 70,000 audience members, returns for a tenth round when he and his 60-piece Johann Strauss Orchestra visit Jyske Bank Boxen on 17 June 2023.

Violin virtuoso André Rieu is a much-loved gentleman in Denmark, where he draws thousands of fans to his concerts at Jyske Bank Boxen almost every year. And now he's gearing up for another visit to the multi-arena he knows so well, and thus returns to next summer with great anticipation.

- Emotion is the key. Everyone is welcome at my concerts. We open our hearts to the audience and the audience opens their hearts to us. Every night my orchestra and I see people dancing and singing in the aisles, enthusiastic and carefree. Together we spend evenings we won't forget. When people write to me that they need two weeks to come down after my concerts, it makes me the happiest man in the world," says André Rieu.

And the joy of playing is evident to everyone when the successful musician takes to the stage. His concerts are romantic and joyful, with a mix of light classics, waltzes, music from film and opera, and pop songs performed by his Johann Strauss Orchestra - the largest private orchestra in the world, which he founded in 1987.
Admired for several reasons.

The pleasure is also considerable for Georg Sørensen, CEO of MCH A/S, who admires André Rieu both for his music and his ability to spread joy time and again among his countless fans.

- It is a special pleasure to welcome André Rieu to the MCH universe for the tenth time since 2001, to the great delight of his delightful, festive and thousand-strong audience. I am personally impressed by Rieu's professional skills as a performer, entertainer and violin virtuoso - and fascinated by how he manages to evoke smiles and mesmerise half a million people on his world tour every year. Rieu's latest performance in a packed Jyske Bank Boxen earlier this year was no exception, and we all look forward to seeing him again next June, says Georg Sørensen.

A stage show far beyond the ordinary
André Rieu has made classical music accessible to millions of people around the world, and his tours regularly outshine the world's biggest pop and rock stars. The concerts are visual treats - from the sight of him and his musicians coming through the crowd and onto the stage at the beginning of the concert, to the lavish costumes and the big screen behind the orchestra showing beautiful images tailored to each song. A magical experience for the whole family.

André Rieu is also making his mark on other platforms: His YouTube videos have reached well over a billion views, and nine million fans follow him on Facebook. In addition, he has sold over 40 million albums worldwide.